In his campaign for Congress in Nevada’s Fourth District, Cresent Hardy accepted a $1,000 campaign contribution from the “Police Action Fund,” a PAC that, according to numerous law enforcement agencies, is actually a telemarketing scam.

The Kansas City Star reported that the Police Action Fund raises money “by claiming their donations help support police officers,” despite the fact that most of the money is spent on overhead while a small portion is funneled to political candidates like Hardy. According to the Star, Republican Missouri Senate candidate Josh Hawley also received a donation from the Police Action Fund, and decided to donate the funds to charity after press inquiries. 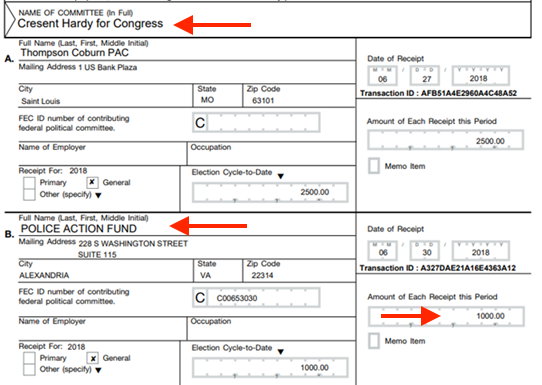 “The so-called Police Action Fund is nothing more than a scam that exploits the heroism and sacrifice of law enforcement officers. Cresent Hardy should immediately donate this dirty money to a group that actually supports law enforcement officers, and explain why he received it in the first place. Accepting this money speaks to Hardy’s desperate and flailing campaign as well as his reckless disregard for the truth. Steven Horsford stands behind the Nevada law enforcement community, and has been endorsed by the North Las Vegas Police Officers Association. On November 6th, Nevadans have a better choice than Hardy for Congress: Steven Horsford.”